Ferriera Valsider is a part of Operations Directorate of Metinvest Group.

Together with Metinvest Trametal spa and Spartan UK Ltd, it is part of European Re-Rolling Business Unit of Metinvest Holding LLC. 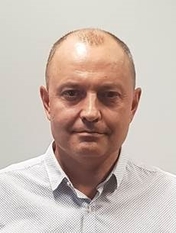 Operative Management of Metinvest Trametal is exercised by CEO Viktor Dembytskyy since September 2017.

Viktor has vast experience in metallurgy. He began his career in 1990 at Yenakiieve Iron and Steel Works (EMZ), where he advanced from assistant foreman to hot-site chief technology officer. In 2005-2009, Viktor served as Deputy Chief Technology Officer and later – as Chief Officer of New Technology and Technical Re-Equipment at Makiivka Iron and Steel Works (MMZ).

In 2010 he was appointed Chief Engineer and in 2012 – Technical Director of Promet Steel (Metinvest Group’s Steel Rolling Mill in Bulgaria).